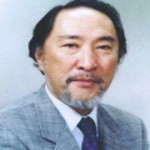 Distinguished Tamil scholar and historian of South India and South Asia, Noboru Karashima from Japan passed away in Tokyo. He was 82. His research has rewritten the economic and social history of medieval South India and had published number of writings on them. He also had played a critical role in developing Indo-Japan cultural ties…Read More