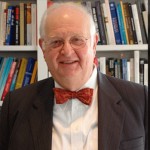 Microeconomist Angus Deaton has won the prestigious 2015 Nobel Memorial Prize in Economic Sciences. Royal Swedish Academy of Sciences has selected him for his analysis of consumption, poverty, and welfare. His research work has linked detailed individual choices and aggregate outcomes which inturn has helped to transform the fields of macroeconomics, microeconomics and development economics.

With announcement of this prize, it concludes this year’s presentations of Nobel winners. All Nobel laureates will receive the prize on December 10, 2015 on the anniversary of prize founder Alfred Nobel’s death. Read More