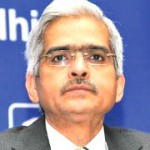 Union Government has nominated Economic Affairs Secretary Shaktikanta Das to the Central Board of Directors of the Reserve Bank of India (RBI). Mr. Dase is IAS officer of 1980 batch from of Tamil Nadu cadre. His nomination is effective from October 30, 2015 and until further orders.

About Central Board of Directors of RBI

RBI’s affairs are governed by the Central Board of Directors (CBD) which also responsible for its general superintendence and direction. Composition: There are 21-members in CBD of RBI. It comprise of Governor , 4 Deputy Governors, 2 Finance Ministry representatives. 10 Directors are nominated by Union Government in order to represent important elements from India’s economy. 4 directors are from local boards of RBI which are headquartered at Mumbai, Kolkata, Chennai and New Delhi…Read More