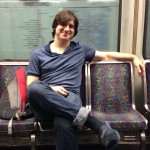 Mathematician Dr. Jacob Tsimerman from Canada has been chosen for the prestigious 2015 SASTRA Ramanujan Prize. Presently he is an assistant professor at the University of Toronto, Canada and his mathematics research work is primarily in the field of Number Theory and surrounding topics. He will be conferred with the prize during the International Conference on Number Theory to be held at SASTRA University in Kumbakonam, Tamil Nadu. About SASTRA Ramanujan Prize The award has been named after great Indian Mathematician autodidact Srinivasa Ramanujan. It was established in 2005 by Shanmugha Arts, Science, Technology & Research Academy (SASTRA) University. It is an annual award bestowed on young mathematicians for his outstanding contributions to areas of mathematics influenced by the Srinivasa Ramanujan. Read More