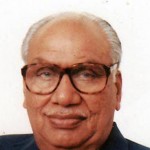 Hero MotoCorp patriarch and Doyen of Indian two-wheeler industry Brijmohan Lall Munjal passed away in New Delhi.  He was 92. He was the founder and chairman of Hero MotoCorp and Hero Honda which is the world’s largest motorcycle manufacturer.

Born on 26 August 1928 in Kamalia (now in Pakistan) in Punjab region of then British India. Business Career: In 1956, he had started India’s first bicycle manufacturing unit under the brand name Hero Cycles. It became the world’s largest cycle maker in 1975. In 1984, he set up joint venture (JV) company Hero Honda after tying up with Japanese automaker Honda. The Hero Honda brand had emerged as the world’s largest bike maker. The JV split in 2011 after 27 years of endured partnership. Hero now has grown into 28,000 crore group and has sold over 60 million two-wheeler. It still accounts for nearly half the motorcycles sold in India. Awards: Padma Bhushan (2005), Udyog Rattan Award, Indira Gandhi National Unity award, Punjab Rattna award for his contribution to the economy of Punjab. Read More