Dilip Kumar to be honoured with Padma Vibhushan 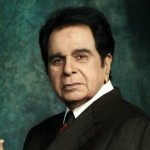 The 93-year-old legend was presented a medal, a certificate and a shawl by Singh, in the presence of the actor’s wife Saira Bano.

Maharashtra Governor C Vidyasagar Rao, Chief Minister Devendra Fadnavis, were among other dignitaries present at the actor’s home when he received the award. The announcement to honour Bollywood veterans Kumar, Amitabh Bachchan and a few others with the prestigious Padma Vibhushan award was made by the government on the eve of Republic Day on January 25, 2015.

However, Kumar, due to ill-health, could not attend the special function held at the Rashtrapati Bhavan in April when other Padma awardees were honoured by President Pranab Mukherjee. Read More