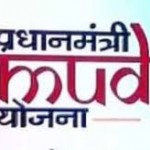 Public sector banks will organise mega credit campaigns across the country to give a push to the Pradhan Mantri Mudra Yojana (PMMY). This campaign is expected to create a sound eco system subsequently for bank credit to aspiring entrepreneurs especially small and micro entrepreneurs.
All PSBs, Regional Rural Banks and Private sector banks have a target of Rs 1.22 lakh crore during the current financial year for disbursement to small and micro enterprises up to Rs 10 lakh. As of September 22, a total of 35.60 lakh borrowers have availed of credit under Mudra to the tune of Rs 24,123 crore. Of these, 52% beneficiaries are women and about 50% new enterprises.
Points to Note
PMMY loans fall into three categories
Shishu (up to Rs 50,000)
Kishore (between Rs 50,000 – Rs 5 lakh) Read More 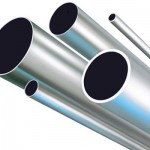 European Union (EU) has imposed a provisional anti-dumping duty of up to 31.2 per cent on imports of sewage and water steel pipes from India for six months to protect its domestic industry. This decision was taken after European Commission in its anti-dumping probe concluded that the material injury was caused by the dumped imports from India to the Union industry. The anti-dumping probe was conducted by Commission with regard to imports of tubes and pipes of ductile cast iron used for sewage disposal, drinking water supply and irrigation of agricultural land, originating from India on 20 December 2014. The probe was initiated by the European Commission following complaints filed by Saint-Gobain PAM group on behalf of producers. Implications: This move will have negative impact on Indian exporters of these pipes to the European market. During October 2013 and September 2014 period, Indian export had significantly increased by over 22 per cent in terms of volume. Read More 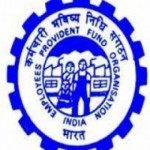 The Employees’ Provident Fund Organisation (EPFO) has been awarded SKOCH Award for Smart Governance. It has been bestowed with this award for its initiatives on UAN Programme and Transformation of Social Security Agenda in India. It is the 5th Award won by EPFO in the last two years for its initiatives for the welfare of various stakeholders.
About Employee Provident Fund Organisation (EPFO)
EPFO is a statutory body of Union Government that comes under the aegis of Ministry of Labour and Employment. Headquarters: New Delhi. Functions: Administers a compulsory contributory Provident Fund Scheme (1952), Pension Scheme (1995) and an Insurance Scheme (1976). It is one of the largest social security organisations in India in terms volume of financial transactions undertaken and number of covered beneficiaries. Read More

Union Government has announced Special Assistance of 1000 crore rupees to the Andhra Pradesh Government for development projects during the financial year 2015-16. The funds from Special Assistance will be utilised for the development of backward districts of Andhra Pradesh and creation of its new capital. The creation of new capital will include construction of Raj Bhawan, High Court, Secretariat, Legislative Assembly, Legislative Council and other essential infrastructure. Union Government has provided special assistance of 350 crore rupees for the development of 7 backward districts of Rayalaseema and North Coastal region. Additional 300 crore rupees have been allocated for the Polavaram Irrigation Project as per provisions of Andhra Pradesh Reorganisation Act, 2014 which had bifurcated the state and creating new state of Telangana on June 2, 2014. Read More

A powerful earthquake magnitude 6.6 on Richter scale has hit Indonesia’s eastern region of Papua. As per US Geological Survey (USGS), the epicentre of earthquake was centred 28 kilometers north of Sorong and it had occurred at a depth of 24 kilometers. This underwater quake had no potential of generating tsunami waves along nearby coasts. Indonesia which is the world’s largest archipelago falls in so called region of Pacific Ring of Fire, an arc of volcanoes and fault lines in the Pacific Basin prone to earthquakes. In 2004, huge undersea earthquake off the shores of Aceh (Sumaratan province) in Indonesia had triggered a giant tsunami which had killed 230,000 people in a dozen countries including India with coasts on the Indian Ocean. Read More

In a big relief to foreign firms, government has announced that the Income Tax Act will be amended with retrospective effect to exempt from MAT the overseas companies that are covered under double taxation avoidance agreements. Foreign companies that do not have a permanent establishment in India will be exempt from paying minimum alternate tax (MAT) on profits from April 2001.
The provisions of Section 115JB of Income Tax will not apply to foreign companies with effect from April 1, 2001, if they are resident of a country with which India has Double Taxation Avoidance Agreement (DTAA) and they do not have a Permanent Establishment (PE) in India. Read More

Former Indian Cricket team captain Sourav Ganguly has been appointed as President of Cricket Association of Bengal (CAB). It was announced by West Bengal Chief Minister Mamata in Kolkata. Sourav Ganguly will succeed Jagmohan Dalmiya as the post fallen vacant following his death. Prior to this appointment, Ganguly was the Joint-secretary of the CAB. Avishek Dalmiya, son of Jagmohan Dalmiya will now succeed Ganguly as Joint-secretary of the CAB.
About Cricket Association of Bengal (CAB)
CAB is the nodal governing body for cricket in West Bengal. Its headquarters is located at Eden Gardens stadium, Kolkata. It organizes different types of cricket tournaments in West Bengal. Read More