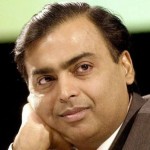 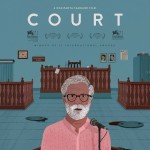 Critically acclaimed Marathi film ‘Court’ has been selected as India’s official entry to the Best Foreign Language category of the 88th Academy Awards 2016 (popularly known as Oscars). The film was shortlisted from 30 other films by a Film Federation of India (FFI) jury headed by film-maker and director Amol Palekar. It should be noted that Court is third Marathi film to be shortlisted for India’s official entry to Oscars. Other two films are Shwaas (2004) and Harishchandrachi Factory (2008).
About Court
Court is a courtroom drama film that examines the Indian legal system through the trial of an aging folk singer in a lower court in Mumbai.
The film is directorial debut of Chaitanya Tamhane who also has written story of the film. Read More

3. WADA inks MoU with China’s Sports Ministry to crack down on supply of PEDS 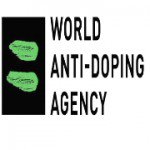 The World Anti-Doping Agency (WADA) has inked a memorandum of understanding (MoU) with Sports Ministry of China to crack down on the supply and manufacture of performance-enhancing drugs (PEDS) in the country. Singing of MoU will help in exchange information between Interpol and China’s law enforcement agencies in order to target and dismantle PEDS producers and help other countries catch drug cheats among their athletes. PEDS which are basically used as performance-enhancing drugs are openly sold online on Chinese websites and shipped to other countries around the world by regular mail. Presently, China is world’s top producer and exporter of PEDS which are manufactured and trafficked by underground labs in the country.
About World Anti-Doping Agency
WADA is global Non-Governmental Organisation (NGO) that aims at harmonizing anti-doping regulations in all sports and countries. Read More

Union Government has given its approval for implementation of Integrated Air Command & Control System (IACCS) project of Indian Air force (IAF) with allocation of 8,000-crore rupees. Decision in this regard was taken by Cabinet Committee on Security (CCS) chaired by Prime Minister Narendra Modi on the proposal forwarded by the Defence Acquisition Council (DAC). Earlier in November 2014, DAC had given its nod for addition of 4 more nodes IAF’s IACCS.
About Integrated Air Command and Control System (IACCS)
IACCS system is an automated command and control system for Air Defence (AD) which integrates different air sensors and radars to protect Indian airspace. Presently, India has 5 IACCS nodes. The addition of four more nodes will help IAF to cover isolated islands thereby providing a security umbrella to the entire country. Read More

Eminent Hindi writer Dr Kamal Kishore Goenka has been conferred with prestigious 24th Vyaas Samman for year 2014. He was bestowed with this award in recognition of his work ‘Premchand ki Kahaniyon ka Kaal Kramanusaar Adhyayan’. It is a critical analysis of the work Hindi literature’s doyen Munshi Premchand.
About Vyas Samman
The award was instituted by the K.K. Birla Foundation in 1991. It is awarded annually for an exceptional contribution made by Hindi writers towards the language and his work published in past 10 years. The award carries monetary award of 2.5 lakh rupees, a citation and a plaque. Inaugural award was bestowed upon Ram Vilas Sharma in 1991 for his work Bharat ke Pracheen bhasha parivar aur Hindi. Read More

Prime Minister Narendra Modi’s guru Swami Dayananda Saraswati has passed away at his ashram in Rishikesh. He was 85. He had been ailing for quite sometime. Modi had come to meet his ailing guru at his Rishikesh ashram on September 11. The meeting between the two had lasted for about 45 minutes.
Swami Dayananda Saraswati
Swami was born in 1930 in Manjakudi as Natarajan.
He was drawn to Indian philosophy, particularly the Advaita school, listening to Swami Chinmayananda.
During the late 1950s and early 1960s, his association with Swami Chinmayananda grew closer as he began taking Vedanta lessons. Read More

7. Companies can borrow money from pension funds and SWFs : RBI

In order to encourage overseas funding, RBI has proposed to allow domestic companies to borrow money from pension funds, sovereign wealth funds (SWFs) and insurance funds as part of the ECBs. The modifications in the External Commercial Borrowing (ECB) guidelines are aimed at replacing the ECB policy with a more rational and liberal framework.
The basic thrust of the revised framework is to retain more qualitative parameters for the normal (foreign currency-denominated) ECB and to provide more liberal dispensation for long-term borrowings in foreign currency. The RBI proposed to expand the list of recognised ECB lenders by including overseas regulated financial entities, pension funds, insurance funds, sovereign wealth funds and similar other long-term investors. It also allowed Indian banks to act as ECB lenders subject to norms. Read More

Stuti Narain Kacker, a 1978 batch IAS officer, has been appointed as the Head of the National Commission for Protection of Child Rights by Women and Child Development Ministry. Kacker retired as Secretary from Disability Affairs, in the Ministry of Social Justice and Empowerment. She was heading the management committee of the Central Adoption Resource Authority (CARA). The announcement came after the recent Supreme Court rap over long delay in appointing a chairperson for the child rights panel.
Points to Note
The Commission deals with education, child development, care of neglected and marginalised children, elimination of child labour, child psychology and other laws related to children.
According to the NCPCR Act, of the six members of the commission, two have to be women. Read More

Food safety watchdog FSSAI’s CEO Yudhvir Singh Malik, the man behind the ban of global giant Nestle’s popular noodle brand Maggi, has been shifted as Additional Secretary in Niti Aayog. Malik, a 1983 batch IAS officer of Haryana cadre, was appointed to the post of Chief Executive Officer in Food Safety and Standards Authority of India (FSSAI) under Health and Family Welfare Ministry, only in September last year.
The Appointments Committee of Cabinet(ACC) headed by Prime Minister Narendra Modi has approved the appointment of Malik as Additional Secretary in the Niti Aayog. He has been appointed in the newly created post by cancelling the appointment of Keshni Anand Arora, his batch mate from the same cadre. Read More

New York Yankees catcher Yogi Berra, an athlete has died on 22nd September 2015. He was 90. Berra, a 15-time All Star and 10-time World Series champion. He is well known for his integrity, humility and a contagious good humor.Berra’s museum announced his death “with a profound sense of loss and heartfelt sorrow.”
About Yogi Berra:
He was an American professional baseball catcher, manager, and coach.
He make MLB debut on 22nd September and died the same day.
He played 19 seasons in Major League Baseball (MLB).
Berra is a 15-time All Star and 10-time World Series champion.
Berra signed with the Yankees in 1943.
Berra retired following the 1963 season. Read More