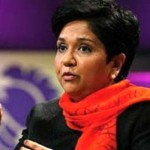 Hindustan Times Group chairperson Shobhana Bharatia and PepsiCo Chairman Indra Nooyi have been awarded 2015 Global Leadership Award of the US-India Business Council (USIBC). They were honoured with this award for their roles as top women leaders in the Business world and their commitment to driving a more inclusive global economy. Apart from them, renowned Indian-American artist Natvar Bhavsar was awarded the Artistic Achievement Award. He is well-known for his abstract expressionism and colour-field painting. All of them were presented the awards during the annual gala of the USIBC. US Vice President Joe Biden, US Secretary of State John Kerry were among the dignitaris who had addressed USIBC gala on the occasion. It should be noted that USIBC is the top advocacy group for India and American companies in the US. It aims to deepen trade and strengthen commercial ties between both countries. Read More 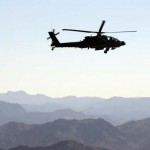 The Cabinet Committee on Security (CCS) has given its approval to a multi-billion dollar deal to purchase Military helicopters from United States aviation giant Boeing. Under this deal, India will purchase 22 Apache Attack helicopters and 15 Chinook heavy-lift choppers from Boeing.
Apache Attack helicopters: These attack helicopters are equipped with Longbow gunships and are armed with deadly Hellfire and Stinger missiles. They are potent as fighter helicopters and are capable of destroying enemy helicopter and tank forces. There addition in Indian Air Force (IAF) will help to replace the ageing fleet of 15 Russian Mi-35 attack helicopters which already have undergone life extension upgrades. Chinook heavy-lift choppers: It will help IAF to enhance its heavy-lift chopper capabilities and replace existing fleet of Russia made four gigantic Mi-26s. These choppers will play important role in warfront as well humanitarian operations for proving logistics support. Read More 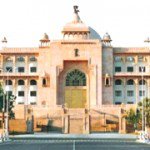 The Union Cabinet chaired by the Prime Minister Narendra Modi has approved the setting up of Indian Sign Language Research and Training Centre (ISLRTC). ISLRTC will be set up as a Society under the Societies Registration Act, 1860 and initially will be located at the Institute for Physically Handicapped, New Delhi. It will be established under the aegis of the Department of Empowerment of Persons with Disabilities which comes under Union Ministry of Social Justice & Empowerment.
About Indian Sign Language Research and Training Centre
Structure and Composition: At the centre there will be General Council consisting of a President and 12 Members. Read More

The Union Cabinet gave its approval for minor amendments in earlier MoU signed to facilitate implementation of Indo-German Strategic Partnerships in Higher Education Programme. Decision in this regard was taken by Union Cabinet meeting chaired by the Prime Minister Narendra Modi in New Delhi. In order to make changes, a Joint Declaration of Intent (JDI) between India and Germany will be signed for implementation of Indo-German Strategic Partnerships in Higher Education programme.
Following are the changes
The term strategic from MoU will be deleted from the title of the programme to make it Indo-German Partnership in Higher Education. Funding period of the programme will be changed from 2015-19 to 2016-20. Now it will be from 1 July 2016 to 30 June, 2020. Read More

7. Union Cabinet approves MoU with Cambodia for cooperation in tourism

The Union Cabinet chaired by Prime Minister Narendra Modi has approved signing a Memorandum of Understanding (MoU) between India and Cambodia for bilateral cooperation in the field of tourism. The MoU was signed during Vice President Hamid Ansari’s visit to Cambodia on September 16, 2015 in order to promote bilateral tourism between the two countries. It also seeks enhancing investment and promoting exchange of experience in management, marketing and destination development in this field.
Key highlights of MoU
Expand bilateral cooperation in tourism sector along with exchange of data and information related this sector between both countries. Read More