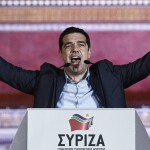 Alexis Tsipras led left-wing Syriza party has emerged as the largest party in the general (snap) elections to the Greece’s Parliament. In this election, Syriza party won 144 seats in the 300 seat Parliament by securing 35 percent of total votes. While the Conservative New Democracy Party has emerged second largest party by winning 75 seats and Golden Dawn has emerged third largest party by winning 18 seats. It is the second election victory for Syriza party as it had earlier in January 2015 had formed coalition government with Alexis Tsipras as Prime Minister for first time.
Backgroud
In August 2015, the snap elections were called in Greece by President after then ruling Syriza Party led by Prime Minister Alexis Tsipras jad lost its majority in the Parliament. The Syriza Party had lost its majority after some its members opposed the European Union bailout package of 86 billion US dollar which was accepted by Prime Minister Alexis Tsipras. Read More 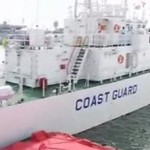 Indian Coast Guard has commissioned two new ships named Fast Patrol Vessel ICGS Apoorva and Interceptor Boat C-421. The ships were commissioned by Vice Admiral SPS Cheema, Flag Officer Commanding in Chief of Western Naval Command (Mumbai) off the naval dockyard in Mumbai, Maharashtra.
Fast Patrol Vessel ICGS Apoorva: It is the 14th fast patrol vessel in a series of 20. It is 50-metre long and can achieve a top speed of 33 knots and displaces 317 tonnes. The ship Apoorva synonyms with Unparalleled in English will be based at Goa. It is equipped with state-of-the-art advanced communication, navigational and weapons. It will platform and undertake various naval operations such as close-coast surveillance, search and rescue, interdiction, medical evacuation and other missions. Read More 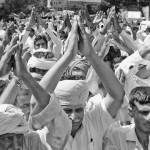 Rajasthan Assembly passed the Rajasthan Vexation Litigation Prevention Bill, 2015 by voice vote. The objective of the bill is to prevent filing of baseless cases and to check the misuse of law for personal benefits. It covers both civil and criminal cases in the high court and subordinate courts. With this Rajasthan became the fifth state in India after Maharashtra, Gujarat, Goa and Madhya Pradesh to pass such legislation. Vexatious Litigation: It is a legal proceeding or action initiated maliciously and without Probable Cause by an individual solely to harass or subdue an opponent or adversary. This action harasses innocent and law abiding people mentally and economically and also strains overburdened judicial system. Apart from the above bill Rajasthan Assembly also passed other two amendment bills. Read More

India and Pakistan have agreed to exercise restraint and work to defuse the situation on Line of Control (LoC) which has been witnessing repeated ceasefire violations. This decision was taken at Indo-Pak Flag Meeting held at Chakan-da-Bagh LoC crossing point in Poonch sector of Jammu and Kashmir between the senior Army officers of the two countries. In this meeting Indian side was represented by Brigadier H S Sareen while the Pakistani side was led by Brigadier Osman. Both nations also addressed a host of issues regarding ongoing ceasefire violations, sniping action and targeting of civilians on the LoC. This is the first Flag Meeting between both countries held at the level of Brigadiers after nearly 20 days of heavy firing and shelling by Pakistani troops in Poonch district along the LoC.
Ceasefire Violations: Till September 2015, Pakistani troops have violated the ceasefire 25 times by shelling Indian civilian and military positions. Read More

5. India and Germany to strengthen ties in education sector

Government today approved a proposal to bolster ties between India and Germany in higher education sector especially in the field of research, skill development and faculty development. The Union Cabinet chaired by Prime Minister Narendra Modi gave its approval to the enhanced ties with the signing of Joint Declaration of Intent (JDI) between the two countries with some minor amendments in the earlier MoU. The JDI will facilitate implementation of ‘Indo-German Partnerships in Higher Education’. “By signing the JDI, the term ‘Strategic’ will be deleted from the title of the programme to make it ‘Indo-German Partnership in Higher Education’ and the funding period for the programme will be changed from 2015-19 to 2016-20,” said a government statement. Reacting to a question on strengthening the education partnership in light of the controversy over replacing German with Sanskrit as the third language in Kendriya Vidyalaya schools, Union Read More

Dr. P Sivakumar has been elevated as Distinguished Scientist with immediate effect by the Union Defence Ministry Ministry. He has been promoted in recognition of his diligence and dedication in self-reliance effort for defence combat vehicle systems and sub-systems Presently, he is serving as Director of Combat Vehicles Research and Development Establishment (CVRDE) Avadi, Tamil Nadu. He has been instrumental in developing various critical systems for the Indian armed forces. He had worked for more than two decades in Design and Development of Transmission systems for tracked and wheeled vehicles application. He was also involved in development of various products for Indian defence industry including the Carrier Command Post Tracked Vehicle, Arjun MBT Mark-II, unmanned ground vehicles. Read More