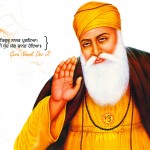 The 528th marriage anniversary of Guru Nanak Dev, the founder of Sikh religion, was celebrated in this industrial town of Punjab amidst tight security. Hundreds of devotees participated in the religious procession which started from Gurudwara Dehra Sahib, where the marriage of Guru Nanak Dev was solemnized. The holy book Guru Granth Sahib was placed in a palanquin as the devotees showered flowers. Earlier, the marriage procession arrived in Batala from Sultanpur Lodhi in Kapurthala district late night, which was welcomed by a large number of devotees. The representatives of various social, religious, non-government organisations and political parties also took part in the procession. Elaborate security arrangements were made to prevent any untoward incident and to maintain law and order, police said. Read More 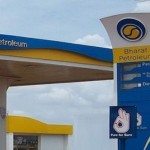 State-run oil refiner Bharat Petroleum Corporation BSE 0.13 % (BPCL) is all set to start work on the petrochemicals complex in Kochi with all green clearances in place and securing a Rs 4,000-crore loan commitment from State Bank of India.
“We have all the permissions in place from the Union environmental ministry and other regulatory authorities for the Rs 5,000-crore petrochemicals complex in Kochi. We hope to resume work and complete it as per schedule in 2018,” BPCL BSE 0.13 % chairman and managing director S Varadarajan has said.
The chairman also said the Kochi petchem project is part of the Rs 1 lakh crore planned capex for the next five years, out of which Rs 40,000 crore will be spent on refining capacity addition alone. Read More 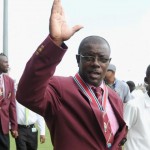 Former West Indies captain Richie Richardson was on Monday inducted into the Elite Panel of ICC Match Referees, replacing Sri Lanka’s Roshan Mahanama who stepped down last week. “Mr Richardson will take over the match referee’s role after he has finished his current assignment as the West Indies cricket team manager, which will end with the Sydney Test against Australia starting on 3 January 2016,” the ICC said in a statement. Following his appointment, Richardson said he was excited and honoured to have been selected for “one of the most important jobs in cricket”.
“Having been on either side of the fence, first as a player and then as an administrator, I think I have the experience and insight to help me contribute positively alongside some of the finest and most experienced match officials,” he said. Read More

Nepal has adopted new Constitution marking the country’s transition to a secular and democratic republic. The new Constitution was unveiled by Nepalese President Ram Baran Yadav at a special ceremony held in Parliament at Kathmandu. Earlier the Parliament had unanimously adopted the new Constitution by a 507-25 votes in the 601 seat Constituent Assembly (CA) after seven years of painstaking deliberations. The lawmakers of CA from Nepali Congress, Communist Party of Nepal (Unified Marxist–Leninist) and UCPN- Maoist supported the new constitution. The new constitution defines the Nepal, a majority Hindu nation as a secular republic divided into seven federal provinces. It should be noted that this is fifth constitution enacted by Nepal. The previous four constitutions were enacted in 1959, 1962, 1990 and 1999. Read More

China has successfully launched a newly-developed smaller version of carrier rocket Long March-6 as part of the country’s space program. It was launched from the base in the Northern Province of Shanxi and was carrying 20 micro satellites into the space.
Facts about Long March-6
Long March-6 is 29.3 meter in length and is smallest version of carrier rocket in the Long March family. Fuel: It uses liquid propellant fuel composed of liquid oxygen and kerosene, which is purportedly pollution and toxicity free. Payload Capacity: Capable of taking satellites into the orbit at an altitude of 700 kilometers with carrying capacity of one ton of payload. Read More

Eminent Urdu litterateur Shamim Hanfi was conferred with inaugural Jnangarima Manad Alankaran award of Bharatiya Jnanpith. The Urdu scholar is known for his books on criticism like Ghazal Ka Naya Manzarnama, Jadidiyat ki Falsafiyani Asas and Infiradi Shaoor aur Ijtemai Zindagi. Shamim Hanfi hails from Sultanpur in Uttar Pradesh and later had moved to Allahabad. Firaq Gorakhpuri, one of the most celebrated contemporary Urdu poets is his mentor Earlier he had served as a faculty member in Aligarh Muslim University for a brief period of time. He also had served as the Dean of Humanities and Languages department at Jamia Millia Islamia till 2012. Besides writing features and plays for radio and television, Shamim Hanfi also has been a freelance columnist for various Hindi and Urdu newspapers and periodicals. Read More

Greek Prime Minister Alexis Tsipras stormed back into office with an unexpectedly decisive election victory on Sunday, claiming a clear mandate to steer Greece’s battered economy to recovery. The vote ensured Europe’s most outspoken leftist leader would remain Greece’s dominant political figure, despite having been abandoned by party radicals last month after he caved in to demands for austerity to win a bailout from the Eurozone. In a victory speech to cheering crowds in a central Athens square, he promised a new phase of stability in a country that has held five general elections in six years, saying his mandate would now see him through a full term. “This struggle will be continued together for a full four years,” he said. Read More

8. GOI plans new body to crack down on child pornography

Tackling child pornography and online abuse will be the top priority of a highly sophisticated centre to be set up by the government to deal with cyber crime. The initiative comes after an expert committee constituted to prepare a roadmap for effectively tackling cyber crime submitted its report to the Home Ministry. According to the recommendations of the committee, there is a need to drastically reduce crimes against children and women, especially online abuse. “These kinds of content and websites need to be monitored and blocked. The supporting laws need to be strengthened, parents need to be educated to monitor children’s activities in cyber space and educate children about good cyber behaviour,” the committee has said in its report. A Rs 400 crore cybercrime control hub, to be called ‘Indian Cyber Crime Coordination Centre’ (IC4), will be set up to check all cyber crime, including child pornography and online abuse, as per the recommendations of the committee. Read More

9. Ola to invest $20 million on safety initiatives this year

Taxi-hailing app Ola will invest $20 million (over Rs. 130 crore) by March, 2016 on various initiatives to ensure passenger safety. The Bengaluru-based company has also introduced a new number masking feature on its app that does not disclose the customer’s mobile number to drivers. “All driver-partners on the Ola platform are verified and licenced by the local authorities. They have to necessarily undergo the mandatory training at the time of on-boarding and subsequent feedback driven training from time to time,” Ola Chief Operating Officer Pranay Jivrajka said. The new feature, too, comes as part of Ola’s commitment to allocate $20 million for safety initiatives over this year, he added. Read More