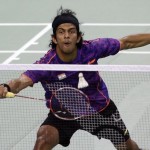 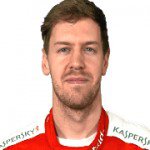 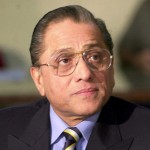 Board of Control for Cricket in India (BCCI) President Jagmohan Dalmiya passed away in in Kolkata, West Bengal. He was 75. As a cricket administrator, he is hailed as the architect for the rise of Cricket in India and its financial superpower. About Jagmohan Dalmiya Dalmiya was involved with the BCCI for more than three decades and had started his journey as its treasurer in 1983 before becoming its secretary. For the first time, he became BCCI president in 2001 and continued till 2004. For second time, he became President of BCCI in March 2015. Dalmiya also had served as President of the International Cricket Council (ICC) from 1997 to 2000. He was first Indian and first Asian to head the ICC. He was also instrumental in organising cricket World Cups to the Indian sub-continent in 1987 and 1996. Read More

Celebration of the week long annual Ladakh Festival has begun at Leh town in Ladakh region of Jammu and Kashmir. The festival has been organized by the Jammu and Kashmir Tourism department in collaboration with the concerned stakeholders. The festival is celebrated to extend the short tourism season of Ladakh. During the festival traditional, ethnic, religious, cultural life of the people in Ladakh region is presented before the visiting tourists. Apart from it photo exhibition, handicraft exhibition, polo match and traditional archery match and music concert are organized. The Ladakh festival was started in 1980’s in order to promote tourism in Ladakh region and make it one of the tourist destination of the country. Read More

British-American romance novelist Jackie Collins passed away on 19 September 2015 in California, United States. She was 77 and died due to stage 4 breast cancer.

Jacqueline Jill “Jackie” Collins was born on October 4, 1937 in London, England. She was the younger sister of actress Joan Collins.

In her four decades of writing career, she had written more than 32 novels, all of them had appeared on The New York Times bestsellers list.

Her books have sold over 500 million copies in 40 countries and have been translated into 40 languages.

Her debut novel, The World Is Full of Married Men was published in 1968. Eight of her novels were adapted for the screen, either as television mini-series or films. Read More

As per recently released study, populations of marine mammals, fish, birds and reptiles have declined by 49% since 1970. The study report was prepared by the World Wildlife Fund (WWF) and the Zoological Society of London (ZSL). In this study more than 1,200 species of marine creatures were analysed in the past 45 years.

Biggest drivers of these declining trends are various human activities such as overfishing, marine habitat destruction and climate change.
The impact of climate change has mainly attributed to excess absorption of carbon dioxide into the oceans which is making them more acidic and damaging a number of species.
There is steep decline marine habitat in the form of mangroves, coral reefs and seagrasses which support marine food webs and provide valuable services to people. Read More

Japan’s parliament has passed two security laws to amend its pacifist constitution framed after WWII to allow its troops to fight abroad. The bills already have been approved by Parliament’s lower house and it was voted into law by the Upper Chamber on 19 September 2015.
Key facts
These laws are considered as major defence policy shift of Japan that could let troops fight overseas for the first time since 1945.
They also in turn loosen the limits of the pacifist constitution on the military and allow Japan to get involved in collective self-defence.
The major defence policy shift of Japan comes in the light of China’s increasing military strength and assertiveness in the Asia-Pacific region. Read More