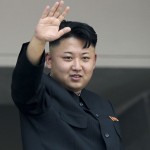 North Korea’s main nuclear facility at the Yongbyon complex has resumed normal operations after it was shut down in 2007. With this development it appears that North Korea is intensifying nuclear and ballistic missile development efforts in quality and quantity. Yongbyon’s reactor was shut down in 2007 under a six-nation aid-for-disarmament accord. But the dictatorial Kim Jong Un regime vowed to restart it again in 2013, following its third nuclear test and amid high regional tensions. The reactor at this nuclear facility has been the source of plutonium for North Korea’s nuclear weapons programme. If it is re-started, the reactor could potentially enrich plutonium to make one nuclear bomb per year. Presently, North Korea is under United Nations economic sanctions for its strategic nuclear weapons programme and it was further tightened after its 2013 test.
North Korea’s nuclear weapons Test and NPT
In 2009, North Korea had declared that it had developed a nuclear weapon and has become a fully-fledged nuclear power. The communist country probably possesses a small stockpile of relatively simple nuclear weapons. Read More 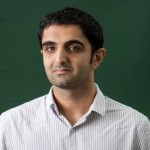 Indian-origin author Sunjeev Sahota has been short-listed for the prestigious 2015 Man Booker Prize for Fiction. Sunjeev Sahota’s novel The Year of the Runaways has been shortlisted which deals with the life experience of illegal immigrants from the Indian subcontinent in Britain. He is among the 6 authors who have been short-listed for this edition of prize by judges’ panel chaired by Michael Wood.
Other short-listed authors are: Tom McCarthy (Britain), Anne Tyler (US), Marlon James (Jamaica), Hanya Yanagihara (US) and Chigozie Obioma (Nigeria). Sunjeev Sahota was born in 1981 and is a third-generation British-Indian. His debut novel Ours Are the Streets was published in 2011. The Year of the Runaways is his second novel which was published in June 2015.
About Man Booker Prize for Fiction
The literary prize since 2013 is bestowed upon writers of any nationality for their best original novel written in the English language and published in United Kingdom. Previously, the prize was open only to authors from the UK and Commonwealth nations, Ireland and Zimbabwe. Read More

3. Indian-American Swetha Prabakaran selected for Champions of Change award in US 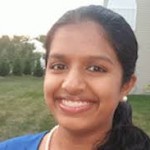 Swetha Prabakaran A 15-year-old Indian-American girl Swetha Prabakaran has been selected by the White House for the prestigious Champions of Change award. She was chosen for the award in recognition of her efforts for empowering the community by imparting education of Internet coding through her non-profit Organisation. She is among eleven young women selected by the White House as Champions of Change. Swetha was born in Indianapolis to Indian parents who had immigrated from Tamil Nadu’s Tirunelveli in 1998. She is the founder and CEO of Everybody Code Now, a non-profit body working to empower the next generation of youth to become scientists, engineers and entrepreneurs.
About Champions of Change award
The award is given by White House to those who support working families and help make change in their companies or communities.
In this regard, White House had created the ‘Champions of Change’ programme in order to feature these individuals and to empower and inspire members of their communities. Read More

Hungarian Government has declared a state of emergency in its two regions of Csongrad and Bacs-Kiskun to cope with the influx of refugees. It was declared by Hungarian Prime Minister Viktor Orban. This move could pave the way to bringing in Hungary’s military to patrol the frontier bordering Serbia to stop illegal influx. This declaration comes after more than 10,000 people claiming to be Syrian and Afghan refugees were detained by Hungarian police for illegally crossing the border from Serbia.
Refugee Crisis
Hungary’s decision will effect in closure main route of the European Union (EU) border for the illegal refugee influx chain. But it is said that after closing of main route, refugees will divert their route from other countries. Read More

Malcolm Turnbull has sworn-in as Australia’s new Prime Minister. He became the 29th Prime Minister of the country and was administered oath to the office by Governor-General Peter Cosgrove. Turnbull succeeded Tony Abbott after defeating him in internal party leadership ballot of the ruling centre-right Liberal Party.
About Malcolm Turnbull
Prior to entering politics, Malcolm Turnbull had worked as a lawyer, journalist, investment banker and venture capitalist. In 1993, he became the Chair of the Australian Republican Movement and served in the position until 2000. His political career in 2004 after he was elected as Member of Parliament from Wentworth. He still represents it. Read More

Bangladesh Prime Minister Sheikh Hasina has been selected for the United Nations Champions of the Earth award. UN Environment Programme (UNEP) has chosen her for this prestigious award in recognition of her country’s initiatives to address climate change. UNEP has noted Bangladesh as one of the most vulnerable to the impacts of climate change. In recent years natural disasters like cyclones, floods and droughts have intensified in the country due to climate change. The awards will be presented to her at a special ceremony to be held on September 27, 2015 at closing ceremony of United Nations Sustainable Development Summit 2015.
Climate Change Mitigation Strategies of Bangladesh
Bangladesh is first developing country to have a Climate Change Strategy and Action Plan which was prepared in 2009. Read More

Union Government has notified a 20 per cent provisional safeguard duty on certain categories of the steel products in order to protect the domestic steel sector with an immediate effect. The domestic steel industry is grappling with problems of low demand and facing competition from sudden surge in cheap imports. The notification on provisional safeguard duty was issued by Union Finance Ministry and it will continue for 200 days. This decision was taken based on earlier recommendation of the Directorate General of Safeguards (DGS) to impose the duty to protect interests of the domestic industry. DGS has recommended that the market share of domestic steel producers has been declining since 2014 and is likely to fall from 45 per cent to 37 per cent in 2015-16. Read More