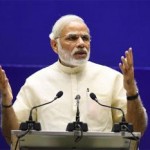 Gujarat has been placed to top position in World Bank’s first ever ranking of States on the ease of doing business in India. The World Bank report titled Assessment of State Implementation of Business Reforms was released in New Delhi under the aegis of the Confederation of Indian Industry (CII). The inaugural edition of report reflected the ease of doing business in all Indian States at sub-regional level. Key facts All States were assessed over a six-month period from January to June 2015 on the basis of percentage scores in a 98-point reforms agenda. The Union Department of Industrial Policy and Promotion, CII, Federation of Indian Chambers of Commerce and Industry (FICCI and KPMG were involved in the exercise. Read More 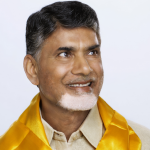 Andhra Pradesh Government has unveiled ‘New Tourism Policy-2015-20‘ to boost tourism sector in the state. It was unveiled by Chief Minister N Chandrababu Naidu at a function held in Vijayawada. The policy has been framed with support from various government departments, industry experts, inputs from Indian School of Business and consultancy firm KPMG.
Key facts
The new tourism policy aims to develop Andhra Pradesh as one of the most preferred tourist destinations in India. It seeks the development of tourism sector in the state through sustained investments, robust infrastructure projects and services in order to provide world-class tourism experience.  Read More 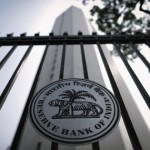 Reserve Bank of India (RBI) has inked a Memorandum of Understanding (MoU) with the Nepal Rastra Bank (NRB) on Supervisory Cooperation and Exchange of Supervisory Information. The MoU was signed by RBI’s Executive Director Meena Hemchandra and Nepal Rastra Bank’s Executive Director Narayan Prasad Paudel in New Delhi. By signing the MoU, RBI is seeking to promote greater co-operation and share supervisory information among the authorities. So far RBI has signed 27 such MoUs, one Letter for Supervisory Co-operation (LSC) and one Statement of Co-operation (SoC) in this regard. Read More

United Nations General Assembly (UNGA) has adopted text-based negotiations on UN Security Council (UNSC) reforms. It will set the stage for talks on the UNSC reforms issue at its 70th session. The draft text-based negotiations include questions on equitable representation and increase in the membership of UNSC. India has welcomed the UNGA’s decision to carry forward the text and described the development as significant and historic. Now it needs to be adopted by consensus by all UN Member States in order reflect of the broad support of the international community to move forward on this issue. Read More

Union Ministry of Youth Affairs and Sports has recognized the Indian Kalarippayattu Federation (IKF) as Regional Sports Federation (RSF) with an immediate effect. This decision was taken with a view to promote and provide due acknowledgement and importance to sports having regional spread. This recognition also grants major role to the IKF for promotion and development of Kalarippayattu sport in India.
About Kalarippayattu sport
Kalaripayattu sport is a Martial art played/performed in Southern state of Kerala and in contiguous parts of Tamil Nadu. It had originated as a martial art style in Kerala during 3nd century BC to the 2nd century AD. It was originally practiced in northern and central parts of Kerala and the Tulunadu region of Karnataka. Read More

The Constituent Assembly of Nepal has overwhelmingly rejected the proposal to declare Nepal a Hindu state and reaffirmed to remain secular. The proposal to amend the constitution received the support of only 21 lawmakers of the Constituent Assembly in the total 601 member assembly. In order to pass this proposal, it was necessary to secure the required 10 percent of votes. The proposal to amend the Constitution to make the Hindu-majority nation as a Hindu state was forwarded by Pro-Hindu National Democratic Party of Nepal. The proposal had demanded to make changes in Article 4 of the revised bill of the new constitution. Earlier in 2007, the Himalayan nation was declared a secular state after the success of the People’s Movement of 2006 to overthrow the Monarchy. Read More