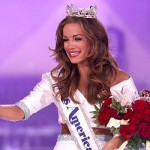 Miss Georgia Betty Cantrell was crowned 2016 Miss America on Sunday in a pageant that was overshadowed by a scandal from three decades ago. Cantrell rode an opera performance of “Tu Tu Piccolo Iddio” from “Madame Butterfly” to the title in Atlantic City’s Boardwalk Hall on Sunday night, besting 51 other competitors. She won a preliminary competition earlier in the week, also with an opera performance. “I’m still so overwhelmed, I don’t know what to say other than thank you! ” Cantrell told reporters moments after being crowned Miss America. She won a $50,000 scholarship along with her title. The pageant also marked the return of Miss America 1984 Vanessa Williams, who was back for the first time after resigning the crown following a nude photo scandal. Read More 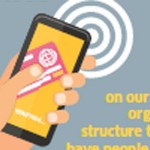 Paytm wants to launch the country’s first payments bank by the end of this financial year and is counting on its mobile wallet experience to give it a clear advantage over established business houses that will be its main rivals. “We have sorted payment on walletand we want to leverage that. We will drive and scale up payments business even today, while others have to build payments business,” cofounder Vijay Shekhar Sharma told ET. Paytm expects to touch Rs 10,000 crore in deposits in the next three years, building on existing consumer base and technological and costefficient set up, Sharma said. Paytm has more than 104 million mobile wallets and expects that to touch 150 million by March 2016. “We have an edge on timeline. Read More 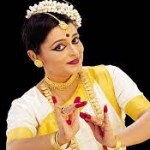 The Food Safety and Standards Authority of India (FSSAI) has issued a draft notification for regulating norms such as mis-labelling of ‘health supplements’. The food safety regulator has come out with gazetted rules proposing to ban the sale of such products as ‘medicines’. It has also framed rules for products based on ayurveda, sidhha, unani and other traditional health systems. As a solution, the FSSAI has called for fixing of permissible limits of various ingredients used in products, which are based on traditional health systems. “Every package of food or health supplements shall carry the information on the label… the words FOOD or HEALTH SUPPLEMENT… the term ‘NOT FOR MEDICINAL USE’ shall be prominently written on the label,” according to the order. Read More

The 2015 US Open is a tennis tournament played on outdoor hard courts at the USTA Billie Jean King National Tennis Center. It was the overall 135th edition of the US Open, the fourth and final Grand Slam event of the year 2015.
Women’s Singles Title
Italy’s Flavia Pennetta has lifted the Women’s Singles trophy of the US Open. In the Open Era’s final match, 26th seed Pennetta defeated compatriot Roberta Vinci (Italy) in straight sets 7-6 and 6-2.
With this victory she became the first Italian to win US Open champion and it was also her maiden US Grand Slam title.
It was also her fourth and final Grand Slam of the season and she is only the second Italian woman to win a tennis major Grand Slam titles. Read More

Indian Wrestler Narsingh Pancham Yadav has secured quota for India in the 2016 Olympic Games. He qualified for Olympic Games after winning a bronze medal in the Men’s 74 kg Freestyle category at the World Wrestling Championship held at Las Vegas, United States. In the semifinal bout, Narsingh lost the match to Unurbat Purevjav of Mongolia, thus settling to the bronze medal. With this third-place finish, Narsingh also became the lone Indian to win a medal at the prestigious tournament as well as book a berth for the 2016 Rio Games. This is also the the first time that an Indian wrestler has earned an Olympic berth by winning medal at the World Championship. Read More

7. Rakesh Sharma appointed as MD and CEO of Canara Bank

Rakesh Sharma took over as Managing Director and CEO of Bengaluru-headquartered Canara Bank on Friday.
Before being appointed by the Government to head Canara Bank, Sharma was the MD and CEO of Lakshmi Vilas Bank since March 2014, where, in a short span of 18 months, he helped the private sector lender excel in all parameters, an official statement said.
With over three decades of experience in the banking sector, Sharma’s main expertise lies in retail and wholesale banking, corporate credit, asset liability management, loan syndication, trade finance, industrial relations and human resources issues. Read More

The United States and Israel were among eight countries that voted against the Palestinian-drafted resolution, which says the flags of non-member observer states like Palestine “shall be raised at (UN) Headquarters (in New York) and United Nations Offices following the flags of the member states.”
Most of the 28-nation European Union were among the 45 nations that abstained from voting. However, France and more than half a dozen others voted in favor of the Palestinian resolution after the EU split on the issue.
“It’s a step to the recognition of Palestine as a full member state of the United Nations,” Palestinian Prime Minister Rami Hamdallah told reporters in Paris earlier on Thursday. Read More

In a major foray into agri-business sector in Africa, Indian corporate Embee International is in the process of acquiring 33,000 acres of land for farming in Egypt where it will invest over Rs 5,000 crore to grow pulses and vegetables. The company, which is into textile business in Egypt for the last 28 years, said the land is being given to it by the Egyptian government on lease for 50 years which can be renewed thereafter. Director of Embee International Sanjay E Khushalani said agriculture sector in Egypt has huge potential and the company hopes to get all the required permission for the “mega project” by next month. Read More

China has built a museum to commemorate those who made the country’s first hydrogen bomb and satellites in the 1960s and early 1970s, an official said on Sunday. Located on the Huairou campus of CAS University – some 60 kms from Beijing, the museum is housed at the site of the Academy’s former rocket test base founded in 1958. The base was used to develop ground test operations for high-energy liquid propellants and engines for long-range rockets. It is the first time some researchers have had their contributions and names revealed publicly, said Cao Xiaoye, vice secretary-general of the Chinese Academy of Sciences (CAS), that carried out the construction. Read More