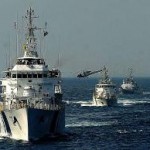 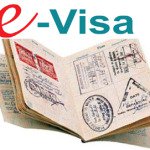 Union Government has announced to extend e-Tourist Visa Scheme to 37 more countries in order to attract maximum foreign tourists in the country. It was announced by Secretary of Union Tourism Ministry Vinod Zuthsi while addressing a function of Indian Association of Tour Operators in New Delhi. With this extension, the total 150 countries will come under the ambit of e-Tourist Visa Scheme from present 113 countries. By August 2015, more than 22,000 tourists have used this scheme to visit India, compared to 2700 tourists in August, 2014. Background Union Government had launched e-Tourist Visa Scheme (as Tourist Visa on Arrival scheme) in November 2014. The scheme seeks to tap the vast tourism potential of India which still remains untapped and explored. Read More 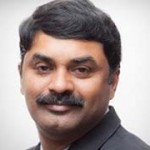 Dr. G Satheesh Reddy, an eminent missile scientist of DRDO has been conferred with prestigious Silver Medal by London based Royal Aeronautical Society (RAeS). He was bestowed with this medal in recognition of his pioneering contributions as one of the leading navigation and avionics experts and for promoting Aerospace and Aeronautics in India. Under his leadership, India has developed state-of-the-art advanced avionics systems and sensors for key national strategic programmes and other defence applications.
About Royal Aeronautical Society
Established: It is oldest aeronautical society in the world. It is British founded multidisciplinary professional institution dedicated to the global aerospace community. Medals: The Society awards a number of medals and prizes which include its prestigious Gold, Silver and Bronze medals. Read More

Rajasthan has become the first state in the country to submit State Annual Action Plan under Atal Mission for Rejuvenation and Urban Transformation (AMRUT). State Government has submitted the action plan for approval by the Union Urban Development Ministry for financial year 2015-16. The plan seeks to target two categories of AMRUT projects in the state viz. universal coverage in respect of water supply connections, sewerage connections and urban transport to all urban households. In this regard, state government has proposed projects under these two categories worth 1,087 crore rupees to be taken up in 13 of the 28 AMRUT cities in Rajasthan. These cities have been identified by the state government after analysing the gaps in coverage in respect of household water supply connections and sewerage network services. They were identified in line with the principles of prioritization suggested in the Mission Guidelines Read More

JK Tyre has signed a binding agreement with Kesoram Industries to acquire its Haridwar unit. This agreement seeks to buy 100% equity in Kesoram Industries tyre unit in Uttarakhand in a decal value of 2,200 crore rupees. It should be noted that Kesoram sells its tyre under the Birla Tyres brand. The acquisition move will help JK Tyre to enter in to the two and three wheeler market besides strengthening its position as top market leader in the trucks and bus business in India. It will also add around 5 million to its present production capacity of 30 million. Kesoram Industries on its part will use the majority of the acquisition funds to pare its long-term debt which is estimated at 3,800 crore rupees. Read More

In recently concluded 2015 Singapore General Elections, People’s Action Party (PAP) led by Prime Minister Lee Hsien Loong has emerged victorious. PAP returned to power after scoring a landslide victory by winning an absolute majority of 83 seats in the 89 member Parliament. The opposition Workers’ Party won 6 seats. In this general election, PAP has secured 70 per cent of all valid votes up from 60.14 per cent in the 2011 general elections, when it had won 81 of the 87 constituency. With this victory, governing PAP has secured their 14th consecutive term in office since independence of city-state in 1965. 2015 Singapore General Elections was country’s first election after the death of its founding Prime Minister Lee Kuan Yew. Read More

Indra Nooyi Indra Nooyi, CEO of food and beverage giant PepsiCo is the sole Indian-origin executive in 2015 edition of Fortune’s list of 50 Most Powerful Women in Business. India-born Nooyi was placed at second position in this year’s list and has moved up by single position from her previous third position in year 2015. This edition of the list was topped by General Motors CEO Mary Barra. She heads United States largest auto-maker and it is her second year as head.
The list also includes
Third position: Ginni Rometty, CEO of IBM.
Fourth position: Marillyn Hewson, CEO, Chairman and President of Lockheed
Martin. Fifth position: Ellen Kullman, CEO and Chairman of DuPont. Read More

CO2 As per a new study Antarctic Ocean has been absorbing increasing levels of Carbon Dioxide (CO2) , a potent greenhouse gas (GHG) over the past decade. The research study was published in journal Science and was undertaken by an international research team led by Nicolas Gruber, a professor at ETH Zurich.
Key facts
The study dispels fears that Antarctic Ocean’s (also known as the Southern Ocean) carbon sink might have begun to saturate due to increase in CO2 absorbing levels. Researchers have found that since the beginning of the millennium, Antarctic Ocean’s carbon sink has become much stronger, regaining its expected strength. Antarctic Ocean seasonally absorbs vast amounts of CO2 from the atmosphere and releases it back later in the year. Read More

National Water Policy in Renowned water policy expert Ramaswamy R. Iyer passed away in New Delhi following a severe bout of viral fever. He was 86. He was instrumental in drafting India’s first National Water Policy in 1987. Ramaswamy R. Iyer was born in October 1929 in Thakkalai district of Tamil Nadu. He was best known for producing a rich body of commentary on water policy and environmental issues. He was an officer of the Indian Audit and Accounts Service (IAAS) and also had served as Secretary of Water Resources in the Union Government. His last held position was that of an honorary research professor at the New Delhi based Centre for Policy Research. Read More