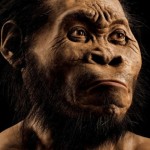 Scientists have discovered a new ancestral species in the human family tree dubbed as Homonaledi in South Africa. The new discovered species were named after the location where it was found i.e. naledi which means star in Sesotho, a local South African language. The species has been classified in the genus Homo to which modern humans belong.
Discovery: It was made inside the Rising Star Cave in the Cradle of Humankind World Heritage Site in South Africa by team of scientists led by Lee Berger, professor at University of the Witwatersrand. They have discovered a huge haul of fossilised bones of these species which is the largest fossil hominin found on the African continent. Read More

India and Pakistan have started a three-day Director General (DG)-level border dialogue in New Delhi. Director General (DG) Border Security Force (BSF) D K Pathak is leading 23 member Indian delegation and his counterpart Major General Umar Farooq Burki, DG of Pakistan Rangers (Punjab) is leading a 16 members Pakistani delegation. Both the delegations also have representatives from respective Home and Foreign ministries along with officers from narcotics control and survey department. In this dialogue both sides have Decided to devise new strategies along the International Border in Jammu and Kashmir (J&K) to put an end to incidents of ceasefire violations. Agreed maintenance of peace and tranquility on the border is the most important issue and this needs to be implemented on the ground. Read More 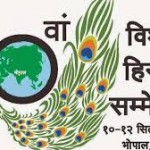 The Tenth World Hindi Conference (विश्व हिंदी सम्मेलन) has begun in Bhopal, Madhya Pradesh with the theme of Hindi Jagat-Vistar and Sambhavnaye. The three-day conference was inaugurated by Prime Minister Narendra Modi. It has been organised in Madhya Pradesh for the first time and being held in India after 32 years. It is joint event of Union Ministry of External Affairs in partnership with the state Government of Madhya Pradesh. This edition of conference will host scholars from 39 countries who are going to discuss issues like Hindi in administration, foreign policy and law during the event. An exhibition showcasing assimilation of Hindi with modern techniques also has been set up at the conference venue.
World Hindi Conference: The First World Hindi Conference was organized in Nagpur by then Prime Minister Indira Gandhi. It was held from 10 to 12 January 1975. Since then every year 10th January is being observed as the World Hindi Day. Read More

The Union Cabinet chaired by the Prime Minister Narendra Modi has given its approval to constitute the 21st Law Commission of India (LCI). The 21st LCI will have a period of 3 years with effect from 1 September 2015 to 31 August 2018.
Composition: Chairperson (full-time), Four Members (full-time). It will include a Member-Secretary. 3 Secretaries: Department of Legal Affairs, Legislative Department and Legislative Department as ex offcio Members. Up to 5 part-time Members
Functions: Undertake research in existing laws by reviewing them for making reforms therein and enacting new legislations.

State-run power utility NTPC will raise up to Rs. 700 crore through tax free secured non-convertible bonds.
The government has approved the company’s raising Rs. 1,000 crore through tax free bonds, including Rs. 700 crore through public issue.
According to statement, the issue will be for an amount of Rs. 400 crore (“Base issue size“) with an option to retain over subscription of up to Rs. 300 crore for issuance of additional bonds aggregating a total of up to Rs. 700 crore (“issue size“) fiscal 2016 (“issue“).
A draft prospectus dated September 9, has been made public for seeking their comments on the issue in compliance with the SEBI regulations. Read More

Lack of financial literacy among the public is the main reason for common man falling prey to fraudsters, according to Sushma Godbole, Chief Executive Officer of Dharwad Zilla Panchayat.
She was speaking after inaugurating the ‘e-Payments Literacy Workshop’ organised by National Payments Corporation of India (NPCI), under the aegis of Nabard and Karnataka Vikas Grameen Bank (KVGB) at Dharwad on Tuesday, a press release said.
Ashok Reddy, Chairman of KVGB, said the bank has initiated several measures to educate people on basic banking fundamentals.
The event was hosted by NPCI representatives in 28 States at 120 centres supported by all 56 RRBs in the country, the release added. Read More

Karwar (Karnataka), Sept 09: Indian Navy on Wednesday added another critical installation under its command with the commissioning of INS Vajrakosh at Karwar. Navy said the commissioning of INS Vajrakosh, the third naval establishment in Karwar, will bolster the offensive and defensive capabilities of its platforms.
“Naval units operating out of Karwar are required to be equipped with specialized armaments and missiles. They require special storage and servicing facilities. INS Vajrakosh is manned by specialists to meet these requirements,” Navy Spokesperson Capt D K Sharma said. Read More

The Centre today increased dearness allowance for its employees to 119 per cent from 113 per cent, a move that will benefit 50 lakh employees and 56 lakh pensioners.
“Every six months government reviews dearness allowance. This time we have decided to increase DA by six per cent over exiting 113 per cent rate,” Finance Minister Arun Jaitley told reporters after Union Cabinet meeting here.
An official statement said the Union Cabinet, chaired by Prime Minister Narendra Modi, has approved release of an additional instalment of Dearness Allowance to central government employees and Dearness Relief to Pensioners from July 1, 2015. Read More

Indians collected two bronze medals from track and field events on a relatively quiet day for them on the third day of competitions in the 5th Commonwealth Youth Games here on Wednesday.
Abitha Mary Manuel and Anamika Das bagged a bronze each in girls 800m race and shot put event respectively on the third and final day of athletics competitions.
With the two bronze on Wednesday, India’s medal count swelled to 10 (4 gold, 2 silver, 4 bronze) from three days. India now slipped to seventh spot in the medal tally at the Games held at this Pacific island nation.
Read More

People across the globe will observe World Suicide Prevention Day on Sept. 10 to raise awareness about and reach out to those affected by suicide.
The theme for this year — Preventing Suicide: Reaching Out and Saving Lives — is meant to highlight the importance of support and the role it can play in combating suicide.
Suicide is the second leading cause of death globally, according to the World Health Organization. A large number of those deaths are among young people between 15-29.
More than 800,000 people die by suicide every year, according to a report by WHO. But the report says that estimate is conservative because of the stigma attached to suicide-related deaths. Read More