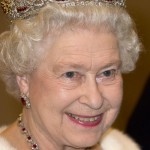 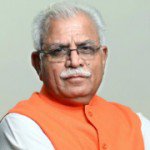 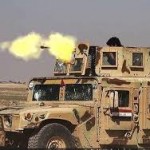 India and Belarus have set the bilateral trade target of one billion dollar by 2018. The decision was taken at the Seventh Session of the India-Belarus Intergovernmental Commission held in Minsk, Belarus. The meeting was co-chaired by Union Commerce and Industry Minister Nirmala Sitharaman co-chaired and her Belarusian counterpart Minister for Industry Vitali Mikhailovich Vovk. Key highlights Both countries noted the potential to step up cooperation in pharmaceuticals, machinery, energy, fertilizer, mining and tourism. They also agreed to facilitate business to business contacts to promote investment flows in the two countries. Both sides also expressed satisfaction in successful supply of equipment by state owned BHEL for the reconstruction of Grodno Power Plant-2 in Belarus. Read More

4. Andhra Pradesh launches e-Pragati to bring all government services under one roof

Andhra Pradesh by has e-Pragati, a comprehensive architecture to leverage the latest advances in e-governance tools. With this launch, Andhra Pradesh became first state in India to execute and conceive state-wide enterprise e-governance architecture. It is the rechristened version of AP State Enterprise Architecture (APSEA) that seeks to bring all state government services under one roof. Key facts The basic objective of e-Pragati is to provide an integrated One Governance that will be citizen-centric, transparent and effective by moving away from the traditional piecemeal approach. It has been developed in association with Information Technology (IT) giant Wipro. Read More

Indian weightlifter Deepak Lather won a gold medal in fifth Commonwealth Youth Games (CYG) held in Apia, Samoa. He won the medal the 62 kg category after finishing with a total of 258 kg with 120 kg in snatch. He has created a new CYG record and 138 kg in clean and jerk. It is second gold medal India has won in in weightlifting at this edition of CYG. Earlier, Jamjang Deru had won the gold medal in the 56 kg weight category on the opening day of the event. In the fifth edition of Commonwealth Youth Games (CYG), India is being represented by 25 athletes competing in eight different disciplines out of total nine events. Read More