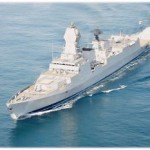 Reliance Defence.cms Reliance Defence Ltd (RDL) led by Anil Ambani has inked memorandum of understanding (MoU) with Abu Dhabi Ship Building (ADSB) to set up a strategic partnership for construction of naval ships. The partnership will include construction of frigates and destroyers to address the demands of Gulf Cooperation Council (GCC) over the next 10 years. Both signatory parties are also going to incorporate a joint venture (JV) company which will encompass both construction of new naval vessels as well as repair, maintenance, overhaul and refit opportunities of existing commercial and naval vessels in the Gulf region. In this proposed JV Company, RDL will be the majority partner with 51 per cent stake and ADSB will have 49 per cent of stake. Read More 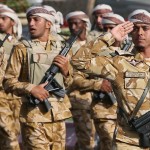 For the first time, Qatar has deployed ground troops in Yemen to counter the Shia Houthi rebels who have taken over the country. In this regard, Qatar has deployed around one thousand ground troops, supported by armoured vehicles and military helicopters in Marib province of Yemen. Earlier in March 2015, Qatar along with other Gulf Cooperation Council (GCC) members (expect Oman) had signed a joint statement with Saudi Arabia to form coalition in order to take military action against the rebels in order to bring regional stability in the Gulf region. Yemeni Crisis: Background Yemeni Crisis began after security situation in the country deteriorated after the Shia Houthis rebels had seized power by dissolving Yemen’s government and parliament in January 2015. Read More 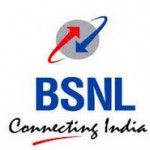 State owed telecom service provider Bharat Sanchar Nigam Limited (BSNL) has decided to upgrade Broadband speed to minimum 2 Mbps in the country. It was announced by Union Information Technology (IT) Minister Ravi Shankar Prasad at a function held in Gurgaon, Haryana. The speed will be at no additional cost for all its existing Broadband customers from 1 October 2015 from existing speed plans of 512 Kbps & 1 Mbps. Besides, BSNL is also going of free night calling services from its landline to all operator networks and free incoming roaming services for its mobile customers. BSNL Broadband services BSNL was the first telecom service provider in the country to provide the Broadband Access to the country. Read More

The sixth Indo-Maldives joint Training Exercise has commenced at Pangode Military Station in Thiruvananthapuram district of Kerala. Aim of the Joint Exercise is to acquaint forces of both countries with each other’s operating procedure and increase understanding and interoperability between Armies of both countries. In this edition of joint exercise, total of 45 soldiers each from Indian Army (BIHAR Regiment) and the Maldivian National Defence Force will take part. The exercise will cover varied military training activities in order to enhance interoperability between the two defence forces. It will conclude with tactical exercises. Read More

With Andhra Pradesh already topping the country in e-transactions, the State government is now rechristening the AP State Enterprise Architecture (APSEA) as ‘e-Pragati’. APSEA is a comprehensive architecture to leverage the latest advances in e-governance tools.
Developed in association with technology giant Wipro in a span of eight months, ‘e-Pragati’ is a comprehensive framework for implementing e-governance and provides e-services to citizens of Andhra Pradesh, according to an official release.
With e-Pragati, Andhra Pradesh becomes the first state in India to conceive and execute state-wide enterprise architecture, the release claimed. Read More