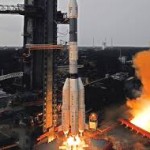 Indian Space Research Organization (ISRO) has successfully positioned India’s latest communication satellite GSAT-6 into its orbital slot. It was positioned in its orbital slot 83 Degree east after carrying out four drift arresting maneuvers. It has been collocated with other four communication satellites INSAT-4A, IRNSS1C, GSAT 12 and GSAT 10. About GSAT-6 satellite GSAT-6 satellite was carrying S-Band and C-Band transponders meant for public and strategic purposes. It weighs 2117 kg and has mission life of nine years. The satellite is having S-Band Unfurlable Antenna (UFA) of 6 m diameter. This is the largest antenna ever made by ISRO for a satellite. Read More 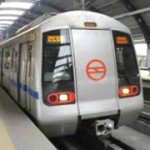 Prime Minister Narendra Modi inaugurated Badarpur-Faridabad Metro in Delhi National Capital Region (NCR). The metro corridor will connect the national capital with the satellite town and give impetus to economic growth in the region by fast transportation of people. It is also first environment-friendly metro in Indian as all the stations and depot have been equipped with solar power plants. Badarpur-Faridabad Metro Corridor It is the 14 kilometre long corridor and has nine stations from Sarai (Delhi) to Escorts Mujesar. It is an extension of the presently operational ITO-Badarpur section of the Delhi Metro. Delhi Metro Rail Corporation (DMRC) is nodal agency in implementing this corridor and has been built at an estimated cost of 2500 crore rupees. Read More 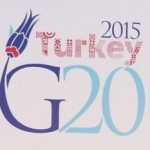 Group of Twenty (G-20), a forum of world’s 20 largest economies, including India launched W20, an engagement grouping of women leaders in order to push for gender inclusive global economic growth. It was launched in the on-going G-20 Summit of Finance Ministers and Central Bank Governors in Ankara under the Turkish Presidency. The W20 group would 20 women leaders from G20 nations. It will work as an outreach group to promote gender inclusiveness in economic growth process by empowering women. It would host its first summit in October 2015 in Istanbul after all member countries appoint their respective nominees. Gulden Turktan from Turkey has been appointed as the first President W20 forum. Read More

China and its strategic partner Pakistan have launched a joint air exercise called Shaheen (Eagle)-4 in China. It is fourth edition of air exercise between the air forces of both countries which was launched as part of a series of military exchange programmes between two countries. In this edition of exercise, Chinese contingent was represented by fighter jets, fighter bombers and early warning planes. Pakistani counterpart included fighter jets and early warning planes. Chinese air force by this joint air exercise is willing to expand the scope of cooperation with various countries in the region. Read More

Union Government is going to develop Bodhgaya in Gaya district of Bihar as Spiritual Capital of the country in order to serve the civilisational bond between India and the Buddhist world. It was announced by Prime Minister Narendra Modi while addressing delegates from 90 countries on the concluding day of the International Buddhist Conclave held at Bodh Gaya. In his address Prime Minister called Gautam Buddha as India’s crown jewel and called Bodh Gaya as the land of enlightenment. About Bodhgaya Bodhgaya is a religious site and place of pilgrimage associated with the Mahabodhi Temple Complex in Gaya district of Bihar. Read More

Veteran all-rounder cricketer Shane Watson from Australia has announced his retirement from International Test cricket. His decade long Test career came to an end at the Ashes opener at Cardiff, which England won by 169 runs. In this match Watson had made 30 runs and failed to take a wicket. Shane Watson He also has represented Australia in One Day International (ODI) and T20 cricket formats. He had played as a right-handed batsman and a right-handed fast medium bowler. He debuted in international cricket in 2002, playing his first ODI against South Africa. In 2010 he was awarded Allan Border Medal and again in 2011. He is only the second player (after Ricky Ponting) to win back-to back Allan Border Medals. Read More

8. Union Government gives nod to One Rank One Pension scheme

Union Government has given its nod to implement One Rank One Pension (OROP) scheme for ex-servicemen. It was announced by Union Defence Minister Manohar Parikkar in New Delhi. Facts about One Rank One Pension (OROP) scheme OROP will provide ex-servicemen of same rank and same length of service uniform pension regardless of date of retirement. The benefit will be given with effect from 1st of July 2014 and it will benefit all three services- Army, Navy and Air Force. Pension will be re-fixed every five years and future enhancements in rates of pension would be automatically passed to the past pensioners. Read More