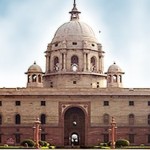 India and Indonesia have signed a pact for repatriation of wanted prisoners and cooperate in all criminal matters, including gathering evidence. In this regard Union Ministry of Home Affairs has issued an official gazette notification for service or execution of summons or warrant in relation to criminal matters in both countries. Under the agreement India will execute summons to an accused person (or any person) requiring to produce documents and attend or a search-warrant issued by an Indonesian court. Indonesia will reciprocate with similar action to execute summons if there is any request from any Indian court. Read More 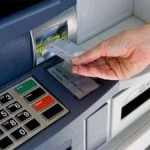 Automated teller machine The Union Cabinet has allowed 100 per cent foreign direct investment (FDI) under the automatic route for white label ATM operations (WLAO). Decision in this regard was taken in Union Cabinet meeting chaired by Prime Minister Narendra Modi in New Delhi. This decision will expedite and ease FDI inflows in WLAO further giving a fillip to the government’s ambitious effort to promote financial inclusion in the country, including the Pradhan Mantri Jan Dhan Yojna (PMJDY). Prior this approval, foreign investment in WLAO was allowed through the government approval route which required some processing time and projects were delayed. Read More 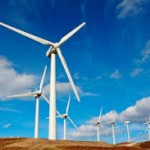 Union Cabinet cleared National Offshore Wind Energy Policy to generate electricity from offshore windmills located in areas within Exclusive Economic Zone (EEZ) of the country. Under this policy, Offshore wind power projects and R&D activities will be carried in waters up to the seaward distance of 200 Nautical Miles (EEZ of the country) from the base line. Union Ministry of New & Renewable Energy (MNRE) will be nodal Ministry. National Institute of Wind Energy (NIWE) will be nodal agency for allocation of offshore Wind Energy blocks. NIWE has been authorized to carry out allocation of offshore wind energy blocks. It will also frame guidelines for coordination and allied functions with related ministries and agencies. Read More

President Pranab Mukherjee conferred the Gandhi Peace Prize for the year 2014 on Indian Space Research Organization (ISRO). ISRO Chairman A S Kiran Kumar on behalf of the organisation received the prize at a function held at Rashtrapati Bhavan in New Delhi. ISRO was chosen for the prestigious award in March 2015 for its contribution in development of space technology and satellite-based services, making space technology a catalyst of development of India and bringing societal transformation and provided the service to the common man and nation. About Gandhi Peace Prize Instituted in 1995 by Union Government as a part of the 125th birth anniversary celebration of Mahatma Gandhi. Read More

Sub-Regional Drug Focal Point Meeting and Colombo Plan Drug Advisory Programme (CPDAP), South Asia under the Drug Demand Reduction (DDR) Expert Group Consultation has begun in New Delhi. The three-day meeting was inaugurated by Union Home Minister Rajnath Singh which has been organised by Narcotics Control Bureau (NCB). Key facts Main objective is to review the progress of the Drug Demand and Supply Reduction activities in the South Asia region. Facilitate exchange of views between delegates on technical aspects of the drug cooperation programme and it aims at achieving efficiency and effectiveness. Read More

Gold The Union Cabinet approved introduction of Gold Monetization Schemes (GMS) in a bid to lure away Indians from buying physical gold. The approved schemes are Gold Deposit Scheme (GDS) and the Gold Metal Loan (GML) Scheme which were announced by Government in 2015-16 budget. Objectives of schemes To make the existing GMSs schemes more effective and to put the gold into productive use held by households and institutions in the country rather than only mobilising it. The long-term objective is to reduce the country’s reliance on the import of gold to meet domestic demand. GMS would benefit the Indian gems and jewellery sector which is a major contributor to country’s exports by accounting 12 per cent of total exports. It would enable depositors to earn interest on their on their gold accounts. Read More