Home » GMAT » Critical Reasoning in GMAT and how to crack it!

Critical Reasoning in GMAT and how to crack it!

Critical Reasoning (CR) questions are part of the GMAT’s verbal section. In a previous post, we told you all about the GMAT verbal section, its timing, and what all it asks of the test taker.

Critical Reasoning questions can often be the the most challenging part of the verbal section. Lets first give you an overview of a few critical reasoning question types!

The first type of critical reasoning questions of the GMAT verbal section have an argument-statement based structure. You will have one argument given, and you have to analyze the argument. The answer will require making a choice of one among five. The question types can involve choosing that statement which most weakens the argument or most strengthens it.

Other type of critical reasoning questions also center around an argument. But here you will find two highlighted sentences (in the argument) and based on the context of the argument, you will have to decide about the relation between the two highlighted sentences. The questions could center around statement conclusion, or theory and an example of the theory, or statement and example that negates/undermines the statement.

The correct answer is A.

Explanation:  The political commentator’s argument is: “tax cuts will not help the country escape from its current economic troubles.” The commentator’s evidence for this is the failure of the past administration’s tax cuts to prevent the economic recession. Now answer A is the only one that identifies that the argument illogically compares apples and oranges (i.e., it compares entirely different types of tax cuts). It is not reasonable to assume that capital gains tax cuts for the ultra-rich will have the same effect as cuts on salary taxes. None of the other answers match the logical proceedings of the argument. Therefore, the answer is A.

Type 2 Question example: Joanne the researcher: All other things being equal, the intensity of heat increases as the distance from the heat source decreases. Knowing this, most people conclude that the Earth’s seasons are caused by the Earth’s changing distance from the sun. In other words, winter occurs when the Earth is far from the sun, and summer occurs when the earth is close to the sun. However, we know that as North America experiences summer, South America experiences winter, even though the difference in the continents’ distance to the sun is negligible. Therefore, the earth’s changing distance from the sun does not cause the seasons. In the argument, the two portions in boldface play which of the following roles?

The correct answer is B.

The researcher shows here a common belief that the Earth’s seasons are caused by its distance from the sun.  Then she presents an example to show that this does not hold true. So here, the first bold sentence highlights the belief held by the people, while the second highlights the example contradicting the belief. With this analysis in mind for critical reasoning, the answer turns out to be B.

These aforementioned questions are the two most common types of questions for the critical reasoning section of the GMAT. 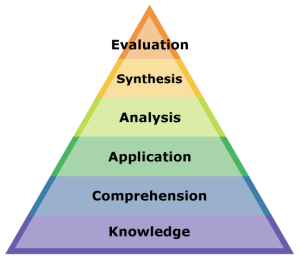 Analysis of Critical Reasoning questions on the GMAT

As I always say, gain a clear understanding of the type of questions asked, and then head for the practice tests to do well! All the best!