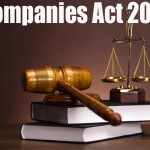 The Companies Law Committee — constituted in June 2015 to make recommendations on the issues related to implementation of the Companies Act, 2013 — submitted its report to the Government on Monday.After extensive consultations with stakeholders and exhaustive deliberations, the Committee has proposed changes in 78 sections of the Companies Act, 2013, which along with consequential changes, would result in about 100 amendments to the Act, an official statement said.