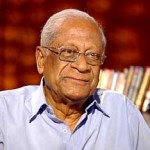 Mr Bardhan has been a leading figure of the trade union movement and Left politics in Maharashtra and a key figure in fostering relations between the Congress-led UPA and the Left in the early 2000s. Mr Bardhan entered the electoral politics in 1957 when he won as an Independent candidate in Maharashtra Assembly polls but there failed to achieve success in Lok Sabha and Rajya Sabha polls. Read More