Chinese cos like Vivo, Oppo riding on cricket to build brand and make presence felt 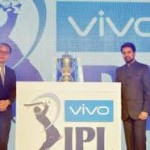 The Chinese seem to have big designs for cricket even though they don’t have a national team for the sport. After Chinese mobile handset maker Vivo signed a two-year title sponsorship deal with Indian Premier League (IPL), replacing PepsiCo,Its fierce competitor Oppo, which is part of the same parent company BBK Electronics, is close to signing a four-year, about $34 million (Rs 225 crore, approx) global partnership deal with the International Cricket Council (ICC). The only other time Oppo was involved with cricket was as the title sponsor for the 2014 edition of Champions League T20 tournament…Read More