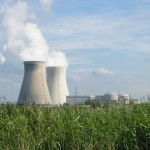 The first nuclear power plant located in one of China’s ethnic autonomous regions has began commercial operations of its first reactor that will cut coal burning and CO2 emissions and can create upto 64,0000 jobs annually. The first reactor of the Fangchenggang Nuclear Power Plant in Guangxi Zhuang Autonomous Region can supply 24 million kilowatt-hours of electricity a day, catering to the needs of a medium-sized city, said Gong Guangchen, the plant’s spokesperson.

Based on the domestically developed CPR-1000, the reactor began generating power in October 2015. The plant’s second reactor is expected to begin operating in the second half of 2016, Gong was quoted as saying by the state-run the Global Times. Read More