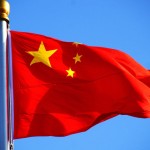 In a major military reform, Chinese President Xi Jinping has reorganised four army headquarters by replacing them with 15 new agencies under the Central Military Commission (CMC) headed by him, tightening his control over the world’s largest force. The new structure includes new commissions such as discipline inspection, politics and law and science and technology and general office. The reform includes formation of five more divisions, administration, auditing, international cooperation, reform, organisational structure and strategic planning.