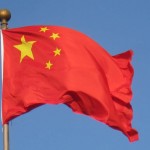 The Chinese government has passed its first counter terrorism law that allows military operations abroad and requires technology firms to submit sensitive information to government bodies. The new law is designed to neutralise terrorism threats in the Western region of Xinjiang where Uighur Muslims are fighting against perceived repressive measures against their religion and culture, and rebels in Tibet.

China has also faced international terrorism from Islamic State (Isis) extremists after they kidnapped and beheaded Chinese national Fan Jinghui in Syria. The new law includes a raft of new measures forcing telecommunication companies and internet service providers (ISPs) to install online ‘back doors’ in servers so they can be easily accessed by government officials. Read More