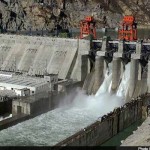 China has operationalised the Zam Hydropower Station built on Brahmaputra River which has raised concerns in India over the likelihood of disrupting water supplies of River.

The dam is considered to be the world’s highest-altitude hydropower station and largest of its kind. Annually it will produce produces 2.5 billion kilowatt-hours of electricity.

The power station is located in the Gyaca County of Tibet and is considered as the largest in this region. Read More