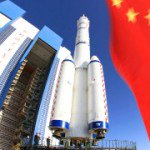 China has successfully launched Tianhui-1C, a third mapping satellite of the Tianhui-1 series into its designated orbit. The mapping satellite was launched by Long March 2D carrier rocket from the Jiuquan launching base located in the country’s northwestern Gansu province. It was overall Long March rockets series 215th successful launch. The satellite was developed and produced under the auspices of China Aerospace Science and Technology Corp (CASTC) which is China’s primary launch vehicle and satellite contractor. Applications: Tianhui-1C satellite will enhance the China’s ability to carry out scientific research, mapping and disaster relief. It will be also used for scientific experiments, land resource surveys, mapping, crop yield estimation and disaster relief. The first Tianhui 1 mapping satellite of the series was launched in August 2010…Read More