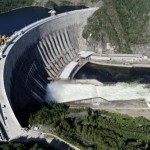 China has started construction of its third largest hydropower station on the upper reaches of the Yangtze River, a project estimated to cost more than 100 billion yuan (USD 15.4 billion). The Wudongde project, located upstream from three other hydropower stations on the Jinsha River, the upper section of the Yangtze, is the world’s 7th largest in operation or under construction.

The project has a designed capacity of 10.2 gigawatts and will be able to generate 38.9 billion kwh of electricity per year after its 12 generating units start operation. The first unit is expected to start operating in 2020. The project, which was approved by the State Council on December 16, is estimated to cost more than 100 billion yuan (USD 15.4 billion). The project’s construction will require more than 16,000 workers in the next few years. Read More