Cairn to seek $600 mn from India in damages 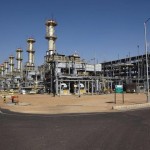 British oil explorer Cairn Energy said it would seek over $600 million from India in damages for the loss of value of its holding because of a retrospective taxation claim of Rs 10,247 crore. Using a retrospective legislation, the income tax department had in January 2014 issued the draft tax assessment order to Cairn over its internal business reorganisation in 2006 and barred it from selling its 9.8 per cent stake in Cairn India.

Cairn said it had initiated an arbitration challenging the levy of tax under the UK-India Investment Treaty. International arbitration proceedings to resolve the retrospective tax issue in India have now formally commenced following the agreement between Cairn and the Government of India on the appointment of a panel of three international arbitrators under the terms of the UK-India Investment Treaty.