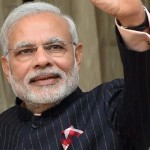 The Union Cabinet under the Chairmanship of Prime Minister Shri Narendra Modi has approved signing and ratification of Protocol between India and Japan for amending the Double Taxation Avoidance Convention (DTAC) signed between the two countries in 1989 for avoidance of double taxation and for prevention of fiscal evasion, through a protocol.

The Protocol will facilitate exchange of information, as per accepted international standards, on tax matters including bank information and information without domestic tax interest. There is a further provision in the Protocol for sharing any information received from Japan, with authorization of the competent authority in Japan and vice versa, in respect of a resident of India, with other law enforcement agencies. Read More