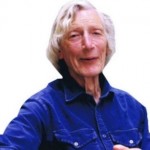 Peter Dickinson, an award-winning British mystery writer has been died at the age of 88. His books for adults and children often crossed the boundaries separating the genres of crime, adventure, science fiction, fantasy and suspense. Mr. Dickinson, who wrote nearly 60 novels, was a late starter who did not publish his first novel until he was nearly 40. In the late 1960s, as an assistant editor at the humor magazine Punch, he had been reviewing mystery novels for several years.

Dickinson was born in Africa but was educated in England and started his career at the satirical magazine Punch. Read More