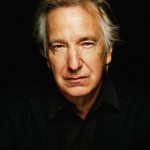 British actor Alan Rickman passed away in London, England. He was 69 and was suffering from cancer.

He was one of Britain’s best-loved acting stars especially for his complex antagonist acting in films like Harry Potter, Die Hard and Robin Hood: Prince of Thieves.

He was born on 21 February 1946 in London, England. His first big break in acting career was in 1985 as the Vicomte de Valmont in the stage production of Les Liaisons Dangereuses. For this he was nominated for a Tony Award.