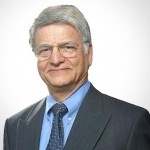 Lord Gulam Kaderbhoy Noon, one of Britain’s most prominent Indian-origin peers and Curry King passed away in London. He was 79. He was pioneer in introducing mildly spiced Indian curry cuisine to the high streets of United Kingdom through his entrepreneurial ventures.

He was born on 24 January 1936 in Mumbai, India. In 1972, he had permanently immigrated to United Kingdom and successfully established Noon Products Business comprising number of food product companies in Southall, London. His companies manufactured over 500 different chilled and frozen ready meals and gave UK the taste for mildly spiced Indian food. He was a long-time supporter and donor of the Labour Party of UK. He had served as Chancellor of the University of East London in 2013. Awards and Honours: He was made a Member of the Order of the British Empire (MBE) in the 1996 for his service to food industry. He was awarded a Lifetime Achievement Award by Britain’s Opposition party (2015).