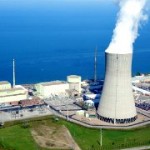 Britain has signed a landmark nuclear deal with China to build the United Kingdom’s first nuclear power plant since the 1980s. The landmark deal was signed in London during the official visit of Chinese President Xi Jinping. The agreement is considered as the first major Chinese investment in Western nuclear facility. Key facts The agreement was signed between French state owned EDF Energy and General Nuclear Power Corporation (CGN) of China. Under this deal, nuclear power plant will be built at Hinkley Point, Somerset near London with total planned investment of …Read More