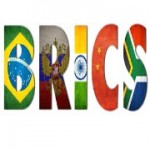 BRICS nations Brazil, Russia, India, China and South Africa signed Moscow Declaration for partnership in addressing common regional and global socio-economic challenges by utilising science, technology and innovation (STI). It was signed at the third meeting of the BRICS Ministers for Science, Technology and Innovation held in Moscow, Russia. Indian delegation to this meeting was led by Dr. Harsh Vardhan, Union Minister for Science & Technology and Earth Sciences.