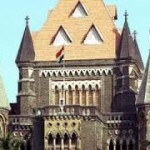 The Bombay high court upheld the life imprisonment awarded to real estate agent Iqlaque Fakir Mohammed Shaikh by the Pune district and sessions court for the murder of German archaeologist Gudrun Corvinus (72), reports Asseem Shaikh. Corvinus was killed in her flat at Liberty Society in Koregaon Park on January 1, 2006. Shaikh was arrested seven hours later.“There is ample and conclusive evidence on record to prove the guilt of the accused (Shaikh) beyond reasonable doubt. Each and every circumstance alleged and proved by the prosecution, with the help of cogent evidence…Read More