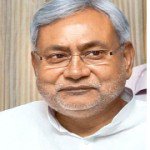 Bihar Government has banned sale of liquor in the state from 1st April 2016. This decision would make Bihar 6th dry state/UT in the country. It was announced by Chief Minister Nitish Kumar on the occasion of liquor prohibition day. This decision was taken in lines pledge made Mr. Kumar during the 2015 assembly elections to ban liquor if voted to power again. To implement the ban state government officials of the excise department are working on new liquor policy as ruling government does not want a parallel alcohol economy in the state…Read More