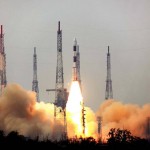 The Indian space agency is soon opening a 100-acre Space Park in Bengaluru where private industry players would be allowed to set up facilities to make subsystems and components for satellites. The Space Park is coming up near Whitefield for the private industry. Indian Space Research Centre’s (ISRO) satellite centre director M. Annadurai said that the space park will be inaugurated in January.

With the space agency launching more satellites for various communication and earth observation services like remote sensing and navigation, the park will enable the industry to manufacture and supply their subsystems and vital components faster for spacecraft assembled at its satellite centre in the tech hub.