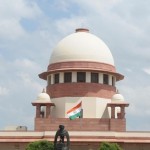 A day after Arunachal Pradesh was placed under President’s rule on the Centre’s advice, the Supreme Court will hear a petition by the Congress challenging it. The Congress, which was governing the state, has called the decision “murder of democracy on Republic Day.”On Tuesday, President Pranab Mukherjee signed off on central rule for the northeastern border state, indicating that he agreed with the government’s assessment of the state’s political crisis.