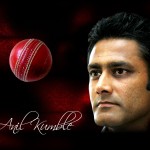 Former Indian Test Captain and ace spinner Anil Kumble has resigned as the Chief Mentor of Indian Premier League (IPL) franchise Mumbai Indians with an immediate effect. His decision follows after Board of Cricket Council of India (BCCI) crackdown on conflict of interest in the board. Earlier in November 2015, Indian cricket team director Ravi Shastri was removed from the IPL Governing Council and selector Roger Binny was asked to leave. Since January of 2013, Mr. Kumble was associated with Mumbai Indians and in his first year as the mentor of Mumbai Indians team had won the IPL and the Champions League and once again the IPL cup in 2015…Read More