Angela Merkel is Time ‘Person of the Year’ 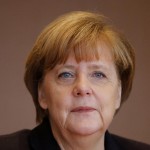 German Chancellor Angela Merkel has been named Time’s Person of the Year, praised Wednesday by the magazine for her leadership on everything from Syrian refugees to the Greek debt crisis.

Time also cited Merkel’s strong response to “Vladimir Putin’s creeping theft of Ukraine” and on its cover called her “Chancellor of the Free World.”

“Not once or twice but three times there has been reason to wonder this year whether Europe could continue to exist, not culturally or geographically but as a historic experiment in ambitious statecraft,” Time editor Nancy Gibbs wrote. Read More