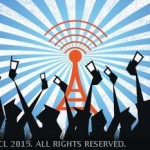 Andhra Pradesh has become the first state in the country to join the Centre’s scheme for revival of debt stressed power distribution companies after the state gave in-principle nod to the Power Ministry for joining UDAY.

Though many other states including Jharkhand, Rajasthan, Tamil Nadu and Haryana have evinced the interest in joining the scheme, Andhra Pradesh is the first state to officially communicate its intend to avail benefits under UDAY. Read More