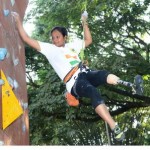 With this, she created World record by becoming First Female amputee to climb 5 Mountains of the World. Mt. Aconcagua (6,960.8 metres) is the highest mountain outside Asia and is also known as second Everest. By extension it is the highest point in both Western Hemisphere and Southern Hemisphere. Read More