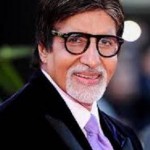 Superstar Amitabh Bachchan will replace Aamir Khan as brand ambassador of the Incredible India campaign run by the tourism ministry of the country. Aamir Khan, whose comments on perceived intolerance in the country had created a controversy, ceased to be the mascot for government’s ‘Incredible India’ campaign as the contract for it  expired.“Our contract was with the McCann Worldwide agency for ‘Atithi Devo Bhava’ campaign. The agency had hired Aamir for the job. Now the contract with the agency is over. Ministry has not hired Aamir.