Home » Current Affairs » All IRNSS satellites to be in orbit by March: ISRO

All IRNSS satellites to be in orbit by March: ISRO 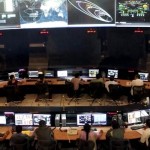 Indian Space Research Organisation’s (ISRO) all the seven satellites of Indian Regional Navigation Satellite System (IRNSS) are expected to be in the orbit by March 2016. IRNSS-1E is slated for launch on January 20 from the space port of Sriharikota in Andhra Pradesh. Earlier ISRO launched four satellites. Another satellite IRNSS-1E is on the launch pad. It is slated for launch on January 20.

According to Annadurai (IRNSS) 1F and 1G satellites were also in the very advanced stages of integration at the Bangalore satellite centre. By March 31st we want to have all the seven satellites constellation in place.