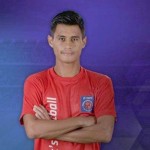 The All India Football Federation has announced the awards for 2015. Bengaluru FC (BFC) midfielder Eugeneson Lyngdoh and striker Bala Devi has been named the 2015 AIFF Player-of-the-Year and woman Footballer-of-the-Year respectively. The awards were announced at the AIFF Annual General Body Meeting held in Margao, Goa.