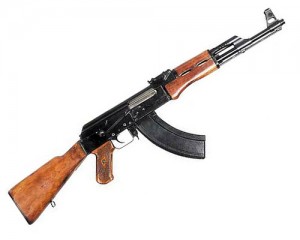 Russia’s Kalashnikov Concern, makers of AK-47 assault rifles, is in advanced discussions with Indian companies to manufacture certain weapons here and is open to sharing technology with local partners.

Known as one of the best assault rifles of the 20th century, AK-47s are now being reportedly used more by non- state agents than national defence personnel. For many years now, Russia has officially stopped supplying these fine automatic rifles to the country. Read More